a film by Aamir Bashir In the city of Srinagar, Nargis searches for her missing husband, Manzoor, until she is forced to hopelessly return to her village home. With a little help from a local man Yaseen, she silently toils away on an exquisite weave. But the quiet of the Kashmiri winter is like the silence of the graveyard, waiting to be shredded by what lies buried within. In the last three decades, approximately eight to ten thousand cases of enforced disappearances have occurred in Kashmir. Mostly young men picked up by the Indian security forces, never to return home. Until now, more than six thousand unmarked graves have been discovered in Kashmir. The relatives of the disappeared persons believe that their loved ones may be buried in these graves, but the State refuses to conduct DNA tests to identify the bodies. These unmarked graves form the backdrop of the film which explores torture, both mental and physical and its horrific consequences.

Maagh (The Winter Within) is a tragic tale of Kashmiris' struggle for self-determination, and freedom from state oppression. An oppression, ripping apart the social fabric, under which, it is Nargis, a woman, who shows greater commitment to the ideas of justice and freedom. Born in Srinagar, Kashmir, Aamir Bashir is a professional actor based in Mumbai, India. After his schooling in Kashmir, Aamir graduated in History from St. Stephen’s College in Delhi and went on to study Law at the University of Delhi. After working in television as a news correspondent and a travel show host, Aamir moved to Mumbai in 1998 to pursue a career in acting.

Aamir’s commitment to acting has seen him excel in many films such as ‘Frozen’, ‘Haider’, ‘Gurgaon’ and ‘Laal Kaptaan’, as well as well as acclaimed webseries like ‘Sacred Games’ and ‘Inside Edge’.

‘Maagh (The Winter Within)’ is his second film after his directorial debut ‘Harud (Autumn)’ (2010) which premiered at the 2010 Toronto International Film Festival and went on to win the National Film Award for Best Feature Film in Urdu in 2012. 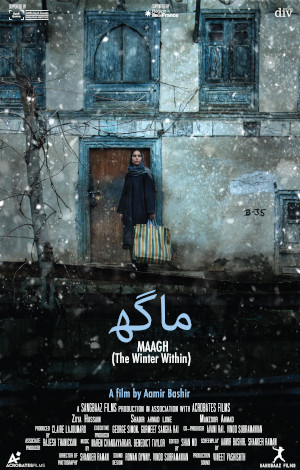 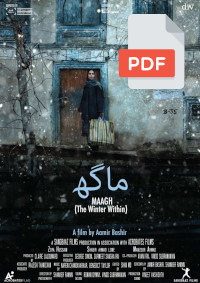 "A chill in the bones, [...] a melancholic watch. The shot choices are painterly and carefully composed. Bashir suggested the wintry situation in Kashmir is not about to experience a thaw."
Amber Wilkinson, Screen International